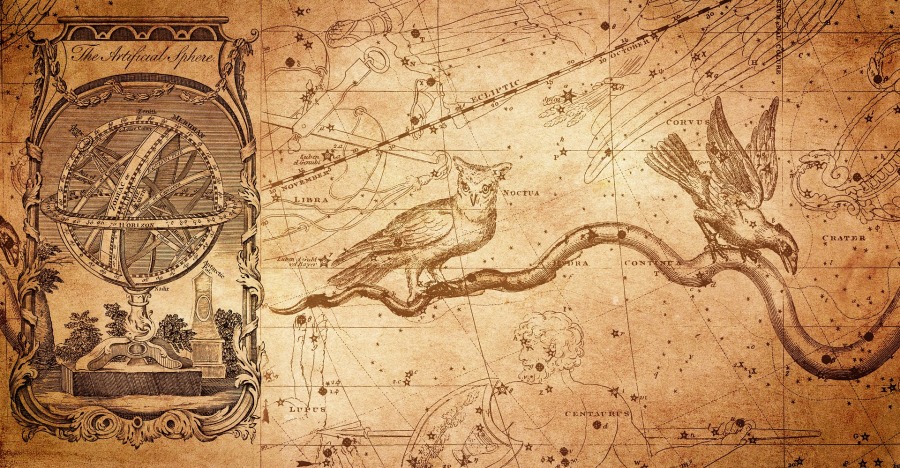 What was the Scientific Revolution and why did it happen? This is a historical question and history is almost always an interpretation. The ‘almost’ stands here for the very small part of historical science that can be considered as close to an objective fact as we can get – things like dates and names. Of course, also these are not always straightforward.

A historical date is based on a certain agreed timekeeping system or somewhat arbitrary decisions made long after the events in question took place. A historical name might have changed through the years or might have carried extra layers of meaning forgotten today or it may be an anachronistic label selected by people living long after the events, looking back through a lens shaded by their own values. Notice that we haven’t even started with the ‘why’ part of the question yet.

So, what about the dates and name of the Scientific Revolution? It is a period in European history that is commonly agreed to have lasted for roughly 150 years from the middle of the 16th to the end of the 17th century. The name is even more complicated than the dates because it is carrying a lot of values and assumptions of its (much later) authors. The widespread interpretation is that it was during this period called the Scientific Revolution that modern science emerged and what we refer to as the early modern times began. This name is a product of the 20th century, not something the contemporaries of those events called their ‘movement’. A large topic in and of itself, it suffices to say that the name given to a certain collection of events during this part of Europe’s history – the Scientific Revolution – is itself a historical interpretation.

Not all historical dates and names have as complicated stories. Sometimes there is a clear date fixed in a written document and signed by a specific person. However, also such seemingly straightforward cases are weaved into and out of stories. As human beings, we are surrounded by and immersed in stories. Perhaps that explains why we sometimes struggle to notice them. Stories are our way of interpreting and understanding reality. Maybe we should consider changing our name from homo sapiens (Latin for wise human being) to homo fabulator (Latin for storyteller human being). In his book Sapiens: A Brief History of Humankind, Yuval Noah Harari suggests that stories are key to the collective adaptive success of our species: “Fiction has enabled us not merely to imagine things, but to do so collectively. We can weave common myths… [and] cooperate in extremely flexible ways with countless numbers of strangers”. History can be viewed as one such narrative weaving activity.

There is a popular interpretation of the Scientific Revolution as a liberation of science from the restrictions of the Christian Church or, more broadly, a rebellious separation of science from religion. Until I had the opportunity to study the history of science and religion as part of my philosophy master’s programme I also held this widespread view. Now I understand that it tells a lot more about the quality of my past education in history than it does about the actual historical period in question. The story of the Scientific Revolution is a lot more complex, nuanced, and interesting. Also, a warning from personal experience – it might surprise you and prompt some serious contemplation.

The way modern science investigates and views nature is very different from the methods and worldviews of the Middle Ages. The scholars of the Scholastic tradition – from the 12th-century medieval monastic schools to later universities – relied on a very rich metaphysical and explanatory framework derived from Aristotle’s works. For example, the accepted approach to explaining reality consisted of the Aristotelian system of four causes: material, efficient, formal, and final causes. All of these had to be addressed to obtain a satisfactory understanding of something. The word ’cause’ is meant here as something like an explanation. A simple example is a house. Its material cause is the material it’s built of, like bricks. Its efficient cause (explanation that comes closest to our modern understanding of the concept of cause) is that which brings the house about, the source of changing all the bricks into a house – the builder. Its formal cause is its essence, we could say its houseness – that would be the design of the house. Its final cause is its purpose, goal, what it is for – we might say something like ‘to be my home’.

If the last two causes – formal and final – feel less clear to you than the material and efficient causes, that is at least in part because modern science largely got rid of them. Today, we are not used to such rich causal systems but this has not always been the case. In fact, one of the driving intellectual trends of the Scientific Revolution was criticism of this Aristotelian framework. Therefore, my proposed interpretation of the Scientific Revolution is the shifting intellectual currents that brought about the replacement of Aristotelian four causes with a thinner model focusing only on the material and efficient causes, introducing a more mechanistic view of nature.

However, these objections to Aristotle’s ideas had their own historical roots that can be traced already to the later Middle Ages when from the 14th century onward there emerged “a tradition in which Aristotle was continually being challenged” (Brooke 2014, p. 84). This is an interesting observation because medieval Scholastics were introduced to many of Aristotle’s works only after they were translated into Latin by the end of the 12th century. So it took them less than 200 years to develop a critical attitude toward some of Aristotle’s ideas. Not too different from the roughly 150 years it took the Scientific Revolution to shift the view and explanation of nature even further. Also, this testifies to the intellectual curiosity among the medieval thinkers and is contrary to the popular ‘dark ages’ narrative frequently applied to the whole period.

After the Latin translations of the Greco-Arabic works had been finalized by the late 12th / early 13th century and the first universities established (e.g., in Paris, Oxford, Bologna), there was an active period of commenting, interpreting, and incorporating the new material into the institutionalised university curriculum, which later spread across Europe (Grant 1996). Given such an active, thriving, and international intellectual environment, it was only a question of time when some of Aristotle’s ideas would begin to be challenged. For example, William of Ockham’s famous razor – a principle that favours the simplest explanation of available evidence (in modern terms, it avoids overdetermination criticism); another 14th-century philosopher, John Buridan asserted that “efficient causes were sufficient to determine the agent of a change” (Grant 1996, p. 195) and that, therefore, final causes were redundant in the study of nature (or natural philosophy as it was called well into the 19th century).

A further relevant intellectual trend developed during the Renaissance period regarded as a time of transition from the Middle Ages to modernity when various ancient, classical works and ideas were rediscovered. Various scholars (see Pasnau 2001, Harrison 2015, Brooke 2014) argue that it was the Renaissance natural magic with its practical efforts to explain nature by, in its more extreme versions, infusing matter with spiritual powers (e.g., alchemy, Hermetic philosophies) that contributed to the strong counterreaction on the part of early modern thinkers. Their worry was motivated by scientific and religious reasons alike. For example, Francis Bacon’s pronouncement that “forms are figments of the human mind” (Pasnau 2001, p. 98) and Robert Boyle’s idea that “matter had to be divested of spirits and other inherent powers” (Brooke 2014, p. 93) can be interpreted as an effort to place nature in proper spiritual light.

From the standpoint of the previously mentioned popular story about scientific liberation from religion as the essence of the Scientific Revolution, it can be surprising to read such a non-secular interpretation of events. On the contrary, religion and theological commitments played a crucial role in shaping the intellectual trends of the period. The 16th/17th-century chemist Van Helmont criticised Aristotle’s hierarchy of causes where the final cause was the principal one for the understanding of nature because he could not accept that in Christianity there could be any priority of causes. Also, he felt that a natural end of something cannot be known to anyone except God. For him, final causes had no place in the Christian conception of nature. Boyle went even further and thought that placing nature in an appropriately spiritual light meant regarding brute matter as “subservient to God’s immediate will, controlled in its motions by laws externally imposed” (Brooke 2014, p. 102).

This is a perfect place to finish the first part of this 2-part article. We have arrived at the end of the Renaissance and have witnessed the newly forming currents that oppose Aristotle’s approach to explaining nature. Importantly, the objections raised are significantly motivated by Christian religious worries. It is the crucial role of these commitments of faith and theology that we will return to next week in the second part of this article – the Protestant Reformation and the Scientific Revolution itself.

Grant, E. (1996). The Foundations of Modern Science in the Middle Ages: Their Religious, Institutional and Intellectual Contexts

Harrison, P. (2015). The Territories of Science and Religion

This site uses Akismet to reduce spam. Learn how your comment data is processed.